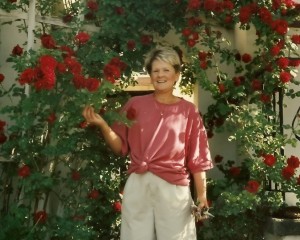 I received a note from my sister Rachel that contained a letter that my mother had written before her death.  Thought you might enjoy it.

“I made a commitment to my children…When I get old, I’m going to get even with them.  How?

I am going to take turns living with them!

I’m going to borrow their car and bring it back two hours later than I said I would (with the gas gauge on E) and if I have a scrape or back into something with it I will pretend that I don’t know what happened.

I’m going to leave my clothes all over the house, tie up the phone for hours, leave all the lights on and stand in front of the refrigerator with the door open and drink the milk right out of the carton!

When I go to live with them, I’m going to bring along an untrained pet or take all the stray cats and dogs in as they come along.  I will put wall to wall posters of men on my bedroom walls!

I am goin to borrow my son’s sports jacket and return it with my teeth in the pocket.

I’m going to have my nose pierced and get a tatoo.  When theyare gone for two or three days and leave me in charge…I will throw a wild party, (if 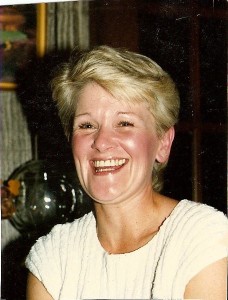 I break anything) I’ll pretend I don’t know who did it.

I’m going to get a big stereo and play all my “Sing a long with Mitch” records really loud.

I’m going to take someone’s (not mine) medicine (too much) and they’ll have to rush me to the hospital and have my stomach pumped.  I may take all my clothes off and run away or go to the local grocery store and steal some candy…

I’m going to join every Senior Citizen’s activity and make them come and watch me perform.

Last, but not least I think I will get married at least one more time and make them help plan the wedding and be in it!

Then, I think I will just live forever!  I love you! MOM” 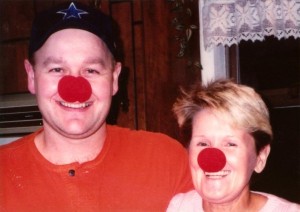 *Bonnie Rae Sams was a great mother with a huge sense of humor and passed that onto her children.  She passed away in 2008 due to complications with Systemic Schleroderma.  After her diagnosis, she was given as much as two years until the complications with SSc would most likely end her life.  She was a strong woman of faith and God allowed us another 8 years with her before the fibrosis in her lungs got to the point that she could go on no longer.

I have been active in ministry in one form or another since ’93…welcome to my neighborhood where I write, mentor, vent, encourage, and all other things student ministry that are important to me. Hope you enjoy and we learn together, grow together, and laugh together. dvs View all posts by Dustin Sams →