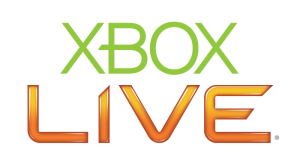 Launched in 2002 with the XBOX, XBOX Live (XL) made the incredible XBOX even better.  Many moons ago, I locked down my gamer tag…dustinsams.  It is no yellowdogzoom3000 or something like that…but it makes it easy for my students to find me.  Basically they can find me on twitter, skype, and even at dinner by just using my name…I think that is pretty accessible don’t you?  I didn’t do much with it, I never played one single game with online friends or anything like that.  As a youth pastor my life was busy enough as it is and we were fortunate to have a multiple XBOX gaming area at our church with consoles linked up.  So anytime I wanted to hang with students and play, that is where it was at.  In 2005, the Microsoft debuted the XBOX360.  XL has been updated and upgraded ever since.  Membership has blown up and as of February 2010 there were 23 million subscribers.

I give you a little taste of XL history just so you can impress your friends.  I wanted to give some of you some ideas for using XBOX Live to connect with some of your students.  This is not for everyone and some of you will see no reason to continue…but there are a few of you that may be liberated by knowing that you can actually do some good while playing Live.  To speed things up, I will be using CODMW3 as an example.  I was recently locked in virtual battle  online with 2 other youth pastors in my home state, 3 former students (1 in AZ and 2 in FL), and a student in my current ministry…crazy.  Talking to them while playing, as if they were sitting right next to me…so much fun.  I personally have developed relationships with and have been able to speak into the lives of students that normally wouldn’t have given me the time of day. Since I have the talking point of CODMW3, many defensive barriers are immediately taken down and a connection is made.

So if you have an XL account, here are a couple of tips.  If you are an avid gamer, you no doubt have discovered most of these already.  Let the connecting and noob-tubing begin.

(keep in mind XBOX Live is now available in some form or another on every game that is released, I would love to hear if you have had similar run-ins with students in a favorable way. Gaming is not for everyone and this was not an article to debate gaming violence or whether it leads to someone car-jacking the church van, simply another avenue to connect with students where they really are.)

I have been active in ministry in one form or another since ’93…welcome to my neighborhood where I write, mentor, vent, encourage, and all other things student ministry that are important to me. Hope you enjoy and we learn together, grow together, and laugh together. dvs View all posts by Dustin Sams →