I have been active in ministry in one form or another since '93...welcome to my neighborhood where I write, mentor, vent, encourage, and all other things student ministry that are important to me. Hope you enjoy and we learn together, grow together, and laugh together. dvs

I have been active in ministry in one form or another since '93...welcome to my neighborhood where I write, mentor, vent, encourage, and all other things student ministry that are important to me. Hope you enjoy and we learn together, grow together, and laugh together. dvs 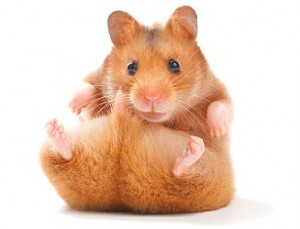 Thursday was fairly uneventful…until about 7:25pm CST. My son got a hamster for his birthday. He named it Rhino Sams, when pressed what its middle name was, he and his sister SammyJo came up with the full name of Rhino Pecaboo Pumkin’-punkin’ Sams. Nice. We have had this hamster a total of 6 days and it has been fun…since hamsters are nocturnal and my son is not, he rarely got to see her in action unless we woke her up and put her in the hamster-ball-o-death. So beginning at about 5pm CST…every twenty minutes or so, Dalton would open the amazing hamster habitat, pull off the hut roof and gently stroke the soft fur of a dead hamster. Makes you feel all warm inside I know…I immediatley was taken to the scene in Dumb and Dumber where the blind kid was petting the dead bird…hahaha. I noticed at 7:20pm and after verification, I pronounced Rhino dead at 7:25pm. Forever earning her a place in history as Rhino Sams #1.
I quickly said to my wife, “this hamster is D-E-A-D.” She asked me if I was sure…(insert comment here)…and I replied, “yup.” As with most parents of just-turned-five-year-olds, we didn’t tell him. About bedtime I said to Dalton, “Hey buddy, did you know that sometimes hamsters change the color of their fur?,” and he responded with a jubilant, “really!? What color will Rhino be tomorrow?” I know you are thinkin’ I am one smooth papi at this point. 😉 So as I finish this post up…i will be leaving for Little Rock with R1 in a ziplock bag and headed to PetCo…to get Rhino#2
Blessings. dvs

one parting thought that came to mind…enjoy. “Donny was a good bowler, and a good man. He was one of us. He was a man who loved the outdoors… and bowling, and as a surfer he explored the beaches of Southern California, from La Jolla to Leo Carrillo and… up to… Pismo. He died, like so many young men of his generation, he died before his time. In your wisdom, Lord, you took him, as you took so many bright flowering young men at Khe Sanh, at Langdok, at Hill 364. These young men gave their lives. And so would Donny. Donny, who loved bowling. And so, Theodore Donald Karabotsos, in accordance with what we think your dying wishes might well have been, we commit your final mortal remains to the bosom of the Pacific Ocean, which you loved so well. Good night, sweet prince”

Matt R doing his thing! Funny stuff. I am also excited because this is the first video that I posted on my blog. Sure there is another one on here but my main blog-squeeze David S. hooked me up with that one. I am really starting to think that this will be a good thing. Insight into my twisted brain, my family, friends, and our amazing God. Next step…twitter updating on here, photos, and some content…which is another reason that there are only a handful of people that are looking at this blog at this time so we can work out the kinks before the grand opening. dvs

We made our annual trip to the Pole this year! Students did a great job in planning this year’s and it showed in attendance. There were over 100 students that showed up at their local flag pole to pray for their school, country, and peers. @ 7pm that night the First United Methodist Church hosted a Saw You At The Pole Rally that was great. “First Light” Band led worship and several students led in Prayer or Testimony. The caravan from Flipside 517 was fun and smoother than I thought it would be. Moving 60+ students that couldn’t drive over the FUMC was done with a train of vans! Very nice.